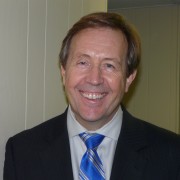 The Jacksonville Speech & Hearing Center has selected Michael Howland as its President and CEO. Howland replaces Bill McQuilkin, who retired after five years at the helm.

“We are excited to attract in Mike Howland an energetic, experienced leader who has made a positive impact at every stop of his career,” said Dr. Rick Pepis, Chair of the Jacksonville Speech & Hearing Center Board of Directors.

The 65-year old organization served 5,390 Northeast Florida residents with speech, hearing and language challenges in its last fiscal year.  Funding for the center, which plans to replace its 50-year old building with a state-of-the-art facility in the same location, comes from the Jessie Ball duPont Fund, United Way, City of Jacksonville, Chartrand Foundation, Florida Blue, the Community Foundation in Northeast Florida and individual donors, as well as private pay clientele.

Howland most recently served as Vice President for University Advancement and Chief Strategic Relations Officer at his Jacksonville University alma mater. He previously led the Southeastern Council of Foundations, Noble of Indiana, Christian Service Charities and three related associations of national charities, Independent Charities of America and the San Francisco District and Region of the U.S. Small Business Administration.

In addition to his undergraduate degree from JU, where he served as president of the student body and alumni association, and on the JU Board of Trustees, Howland earned Juris Doctor and Master of Arts-Public Administration degrees from St. Louis University. He and his wife, Cathy, have three children, including daughter Madeline, a nursing student at JU.

We invite you to connect with Mike on LinkedIn. 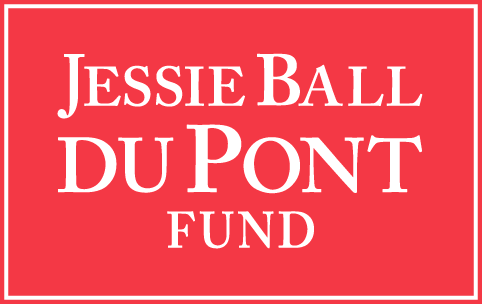 Maria Draggoo
15:33 27 Sep 22
Great facility. Staff was super to work with. Gave me many... options on hearing aidsread more

Chris Thompson
07:45 20 Sep 22
I been going to there since I was 8 yrs old and they never... treat me bad at all . I love them and they are very helpful for my hearing aid assistance.read more

Cara Turney
16:43 27 Jul 22
I CANNOT say ENOUGH about Melissa and the journey that she... has taken the care and time to go with my son Chase on...it is AMAZING!!! The progress he has made with his therapy since the beginning has been OVERWHELMING!!! WE LOVE Melissa and JAX Speech from the bottom of our hearts!! 🙌😍read more

Cheryl Vanessa Branch
21:55 13 Jul 22
My experience was positive. My hearing new hearing aids was... not working and I went for technical support. I was in and out. I am enjoying my new hearing aids.The place is clean and friendly staff tk take care your needs.read more

samuel miller
23:41 05 May 22
Hello everyonePlease listen to your doctorWhen they sayGet... this checked out.i listened To mineDr. Mattson Check my hearingShe said that I neededMRI so she would be able to see my problemWhen it came back she saw an aneurysm on my brain And said I should have it checked outI did and thanks to her my life was saved Please remember to follow doctor's advice it May save your life As it did mine My name is Nancy Hagan Jacksonville Floridaread more

Andrea Ezell
14:45 26 Mar 22
I do not recommend this place. Not a great fit for... personnel serving in the military.read more

The wild ones
10:41 10 Aug 21
Had an appointment and still had to wait an hour!! The... people were very nice thoughread more

Joy Torregano
11:51 02 Jul 21
I have two grandchildren that go here 7 and 9 and they love... it always ready to go and the staff that I've met are wonderful.read more

Ashley Y
02:13 27 Apr 21
My daughter has childhood Apraxia and jacksonville speech... and hearing has been absolutely wonderful through this whole journey, they always answer the phone and are very informative with any questions we've ever had everyone there has always been so kind to us! Mrs.Lynda is my daughter's speech teacher and she has helped my daughter improve so much! She's a wonderful teacher and person! My daughter gets so excited for their sessions Every week! If you're looking for help with Speach and hearing this is the place !read more

Dore Windham
05:01 03 Mar 21
The people at Jax Speech and hearing were extremely polite... and helpful. Dr Mattson was helpful and explained everything she was going to do and offered info on what had occurred. I have to thank my family doctor for referring me.read more

Sandy Wachenheim
19:58 03 Aug 20
They friendly and helpful and the wait is not that long but... with this heat it would be nice to put out a benches or chairs in the shades for people to keep cool while they wait if they don't have ac in their cars but I do like the place a lot .read more

kinsasha wilson
23:38 01 Aug 20
Check-in was efficient and fast. Exam was painless and... educational. The Dr. she was great!read more

Katherine Grooms
01:52 09 Jul 20
I'm just not happy with the recent service they have/have... not offered my special needs daughterr. Got a new pair of hearing aids for her in February, cost 6000.00. After four attempts they finally sent them back as defective. She has loaner hearing aides for two months now. They called last week said to come pick hers up. After several calls to make an appointment, leaving message after message, I finally get someone to answer the phone. She had me on hold for twenty minutes, then tells me they do not have any hearing aids for her. But you called me and said they were in. Girl says she will figure out what's going on and call me back. That was 7 days ago, still have not heard from them. SMHread more

Fay Moreland
00:23 28 Nov 19
This wonderful place have been taking care of my daughter... Ashley, since she was 6 months old, now 36!She was fitted today for beautiful new powerful hearing aids....Dr. Mattson did an Awesome job!!read more

Michaels Mom
12:43 25 May 17
Not good for kids. Lady rushed us in and pushed 2 buttons... then said my son's hearing is great ... Not sufficient test for kids.read more
Next Reviews
Audiology Awareness to Prevent Hearing Loss

Speech and Language Disorders in Children
Scroll to top
Make a Difference in Someone's Life.Click to Donate Now!